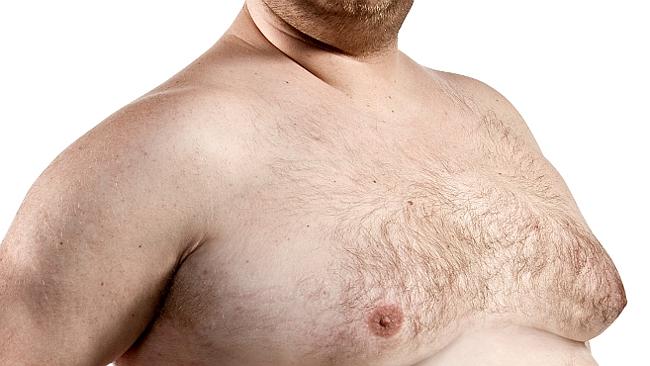 Are All Men Growing Breasts Actually Have Gynecomastia?

Are you confused with men growing breasts condition? Can’t determine whether it is really gynecomastia. Gynecomastia is a benign but often poorly lived phenomenon, and more common than we think. Gynecomastia is hypertrophy of breasts in men. What are the causes of Gynecomastia? How to treat it?

We all produce male and female sex hormones: male ( testosterone ) and female (estrogen). Of course, in humans, testosterone predominates. But in some individuals, this hormonal balance can be unbalanced: the amount of estrogen increases, while the share of testosterone decreases.

Normally in humans, the mammary gland remains immature. It is then that an enzyme intervenes: the aromatase. Its role is to synthesize estrogen. In some men, aromatase may be overactive, it will turn testosterone into estrogen. Depending on the sensitivity of each individual, these excess estrogens will bind to the receptors of the mammary gland. Result: the mammary gland develops, and the breasts grow.

Be careful not to confuse gynecomastia with adipomastia. In adipomastia, it is a mass of fat in the breast tissue. This presence of fat can lead to the formation of what looks like breasts. The effect is even more evident in men who have lost weight after being overweight and whose skin has stretched. Sometimes there can be both handsets, namely gynecomastia, and adipomastia.

Gynecomastia appears most often in young men, at the time of puberty. Most of the time, the breasts seemed around 12 years, at the beginning of adolescence, disappear within six months after the end of adolescence, approximately 17 years. But sometimes the fibrosis settles, and the breasts do not disappear. It can be very difficult for young men, especially if they are not overweight.

When there is no cause for gynecomastia, it is called idiopathic gynecomastia. But there may be hypertrophies of the breasts in pathological men. In this case, it is imperative to perform a hormonal assessment to eliminate any suspicion of tumor, which could explain the secretion of estrogen in large quantities.

Sometimes there may also be iatrogenic causes of drug origin. The gynecomastia may indeed be the result of treatment against prostate cancer, for example, the action causes a hormonal imbalance. But we also see gynecomastia in bodybuilders who take anabolic. Attention even to the use of cannabis and heroin. Gynecomastia can also appear, quite only, in a little boy who has swallowed all the contraceptive plate of his mother!

Regarding gynecomastia treatments, there are local treatments in the form of a cream containing male hormones. But beware, the companions of these gentlemen must avoid contact with this cream, under penalty of having local hair growth.

If, after three months, no change is found, it means that the treatment is ineffective. There remains the solution to the surgery. This intervention, usually performed on an outpatient basis, is not considered an act of comfort. Gynecomastia is a pathology. Breast reduction is supported by Health Insurance. This surgery is supported up to 185 euros. But in the private sector, excess fees often push up the bill up to 2,000 euros.

The most common gynecomastia is that of the young man at puberty. But enlarged breasts can appear at two other ages of life. In the newborn, this concerns 60 to 80% of baby boys. It results from the transfer, by the placenta, during pregnancy, estrogen from the mother into the blood of the fetus. It usually disappears spontaneously in the first months of life.

The aging man, after 50 years, can also see gynecomastia appear. With age, the rate of androgens in humans tends to decrease, and the balance is out of balance in favor of estrogen.

Endocrinologists see more and more gynecomastia in little boys. In these cases, the role of specific environmental pollutants is suspected: it may be chemical substances that are similar to estrogens, to which young children are much more sensitive than adults. You can also try gynecomastia supplements if you are not comfortable with surgical procedure. Check out my review on the most popular gynecomastia pill.

My Recommended Supplements To Counter Gynecomastia 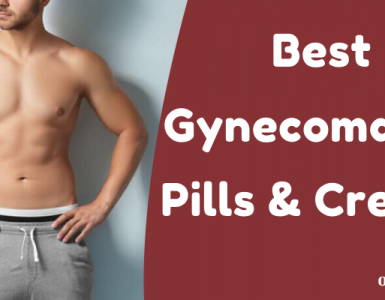 The Ultimate Guide To Find The Best Gynecomastia Pills & Cream

Gynecomastia is the medical term used to describe the abnormal growth of male breasts. It is a condition that can occur in men of all ages. It happens when the excessive growth of breast tissue in men that leads to the...Read More

Male gynecomastia is caused by disturbances in the hormonal background, it affects approximately 30% of the population. Gynecomastia is not Irreversible, it can be treated perfectly in many ways. Gynecomastia Treatment...Read More

All About Male Breast Reduction Cream

When it comes to gynecomastia, there are some options you can consider, which will make it very easy for you to get the result you need. As a man who is struggling and anxious to get rid of the enlarged breast tissue...Read More